Scaling a Media Server with Geolocation 101 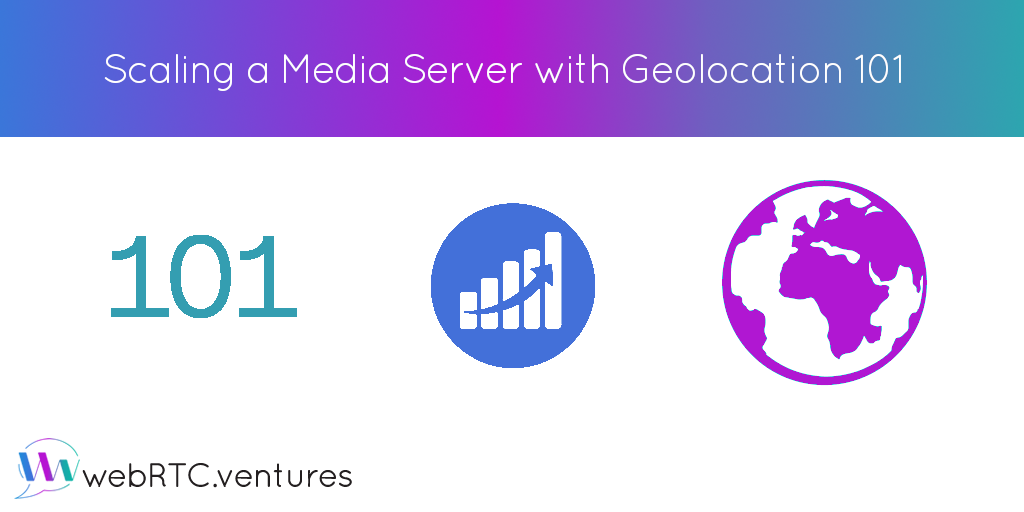 WebRTC allows two users to communicate in a peer-to-peer fashion with no servers involved. This is an optimal approach in terms of cost and quality. Communication flows directly without any additional jumps between peers. With no infrastructure involved, there’s less cost and less complexity.

When we want to add more users or more advanced capabilities, such as recordings or simulcast, we want to put a server in the middle. This is where media servers are useful.

The main challenge for a media server is to scale beyond one single server while optimizing media latency. It’s important to get an optimal path between the endpoints in a conference.

Many CPaaS providers rely on media servers that implement a Selective Forwarding Unit (SFU) mechanism. This provides a good balance between cost and performance.

Geolocation in the Cloud

Cloud vendors, such as AWS, make it easy to provision sets of servers in multiple regions and provide services that allow users in those regions to connect to the server closest to them. While this behavior was originally intended for classical web, video conferencing could also benefit from it as real-time communication applications are very sensitive to network conditions like throughput, delay, and packet loss.

With the growth of WebRTC, conferencing applications are often implemented as web applications. This makes it easier to reuse technologies for geolocation.

It’s optimal for all users to be in the same region. When users are in different regions, there may be some issues. In these cases, the next approach may be a better fit.

This improves the scalability of the infrastructure but increases its complexity and related costs. A proper study should be performed to determine whether the additional servers’ complexity, cost, and RTT justify the benefits gained during a conference.

Media servers are undoubtedly important for WebRTC, especially when it comes to supporting video conferences with more than two users. In these cases, a geolocated scaling mechanism can improve call quality, allowing users across different regions to connect to it in such a way that it reduces network issues. Just be sure to consider both the benefits and the costs when deciding between a single server or distributed conferences.